Ketamine infusion therapy, or ketamine IV therapy, refers to the use of ketamine medication in treating various mental health problems. In addition to utilising this general anaesthetic for overcoming depression and anxiety disorders, It is effective in treating chronic pain and alleviating epileptic seizures.

The history of ketamine dates back to the 1950s. But it was first used in anaesthesia in the 1960s in Belgium for sedating animals. Then, in 1970, the FDA granted this drug approval for anaesthetic use in medical procedures. And the drug was a success, as it decreased the patient’s need for morphine, which is known for being highly addictive. But on the battlefields of the Vietnam War, this drug has once again proven its excellence in easing the pain of injured frontline soldiers.

At this moment, the FDA has not approved ketamine outside of operating rooms as a general anesthetic. However, there are numerous clinical trials revealing the countless benefits of the drug. Problems can arise only if you use this drug as a recreational drug or if it becomes a form of substance abuse.

Effects of Ketamine Therapy on Depression

It is very common for depression patients to complain about their emotional inability to move. They also have serious suicidal thoughts. In fact, the number of depression patients who have committed suicide is increasing every year. But clinical studies and many actual cases indicate that ketamine therapy can be very helpful. When compared to widely used antidepressants, ketamine provides faster results.

Whenever ketamine therapy for depression is brought to the table, there is always a comparison between this drug and prescribed antidepressants, which are known as SSRI medications. SSRI is an abbreviation for Selective Serotonin Reuptake Inhibitors. So basically, they work on producing more serotonin in a patient’s brain. This is definitely uplifting, but not as fast and effective as it needs to be.

Unlike traditional antidepressants, ketamine does not work on increasing brain chemicals. This can be a long-term process, which can take months. No need to mention the nasty side effects of the antidepressants, such as weight gain and nausea. All this is not associated with proper use of ketamine therapy.

Ketamine works fast on repairing damage in the brain due to a buildup of stress hormones, including cortisol. This means it increases the efficiency of glutamate in the brain, which rapidly makes a patient feel a lot better. So, basically, it treats depression with a completely different approach.

Forms of ketamine treatment for depression

In addition to ketamine infusions for chronic pain, you can find nasal sprays for ketamine treatment. The concept of infusion treatment is the same as the one used as an anaesthetic in the OR. In the case of infusion treatment, the drug is injected directly into a patient’s vein through intravenous therapy.

As for the nasal spray, it has gotten approval from the FDA, unlike the fusion approach. However, it is not as effective as the IV treatment when it comes to dealing with depression. 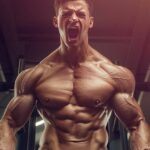 February 8, 2023
Unleash Your Maximum Potential with High Quality Dianabol Tablets from the UK 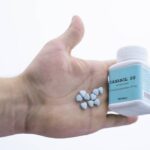 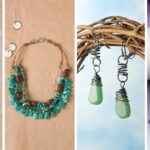 February 8, 2023
Comparing Different Forms of Testosterone Treatment and Their Costs 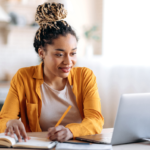 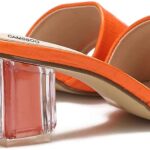 How to choose the best women’s slide

February 7, 2023
Secure Your Spot on the Top Of The Trends with TikTok Followers

January 30, 2023
Unleash Your Maximum Potential with High Quality Dianabol Tablets from the UK